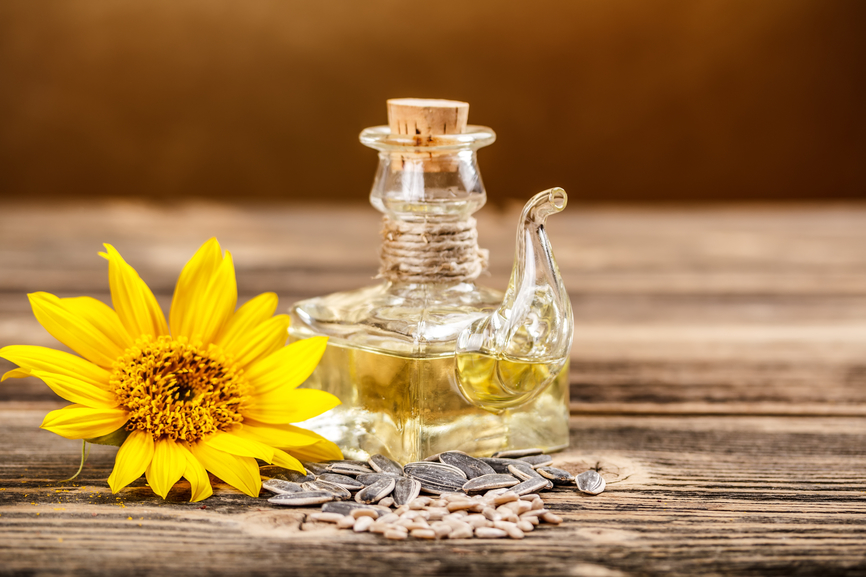 Sunflower oil composition is rich with vitamins A, D and E, as well as with fatty acids:

Sunflower oil found its special application in cosmetology. Due to its regenerative and nourishing properties, the oil has a positive effect on hair and skin. Different masks, creams and other natural cosmetic products are made with addition of sunflower oil.