Naphtalan – a thick blood of the Earth

According to the archives, prior to 1873, naphtalan was extracted from shallow wells, which were dug out by hands. In 1890, this birthplace arose an interest of a German engineer E. I. Eger, who laid a first bore hole of 250 m. deep. At the process of oil refinery, it was noted that the products of naphtalan oil do not possess such quality as flammability. Having seen the demand naphtalan had among not only inhabitants of close up towns, but also among the people from afar, Eger had established a small-size factory for paste production.

The product sales were very successful which was a reason for creating enterprises for producing Azeibardzhan’s raw material goods in Germany. Naphtalan paste was a huge success in England, France, Japan. Naphtalan based products’ healing properties and its advertisement abroad lead to its import into Russia as an expensive, patented product, without any mention that it was mined and refined in Azeibardzhan. During a war between Russia and Japan, every Japanese soldier has naphtalan paste in his First Aid Kit. During the times of the Great Patriotic War, naphtalan paste was widely used in evacuation hospitals to treat burns, frostbites, gunshot wounds, traumatic arthritis.

In 1896, R. G. Rozenbaum had made a speech on naphtalan, at the conference of Caucasus Medical Society in Tbilisi (back then known as Tiflis). The lecturer shared about the experience of using naphtalan for treatment of different diseases. Naphtalan was a very effective medicine not only for the treatment of burns, posttraumatic syndromes, rheumatic and gout pains, but also for a number of skin diseases such as severe and chronic eczema, seborrhea, psoriasis in an ambulatory and regression stages, scleroderma, neurodermatitis, ichthyosis.

It is not until 1928 when a dermatovenerologic institute in Moscow had started a serious research on developing recommendations for naphtalan containing medications. In 1938 there was found a fist experimental laboratory for a study of naphtalan biological effect in Azeibardzhan. It was founded on a base of Scientific Research Institute (NII) of balneology and physical methods of treatment (at present known as NII of medical rehabilitation), which to this day is the existing and the leading institution in Azeibardzhan in the area of naphtalan studies.

Before 1939, naphtalan oil treatment at Naphtalan spa resort had been done only in the form of baths, with a later exposure to the sun and wrapping. However, such application method often led to side effects developments. With time, it was recommended to take a warm shower after such bath, which minimized the negative effects. However, some other drawbacks became obvious, such as a sanitary state of baths (as it was used up to 2-4 days without a change of naphtalan, but its complete change led to a large waste of the product). These very reasons inspired clinicians to modernize the treatment methods. 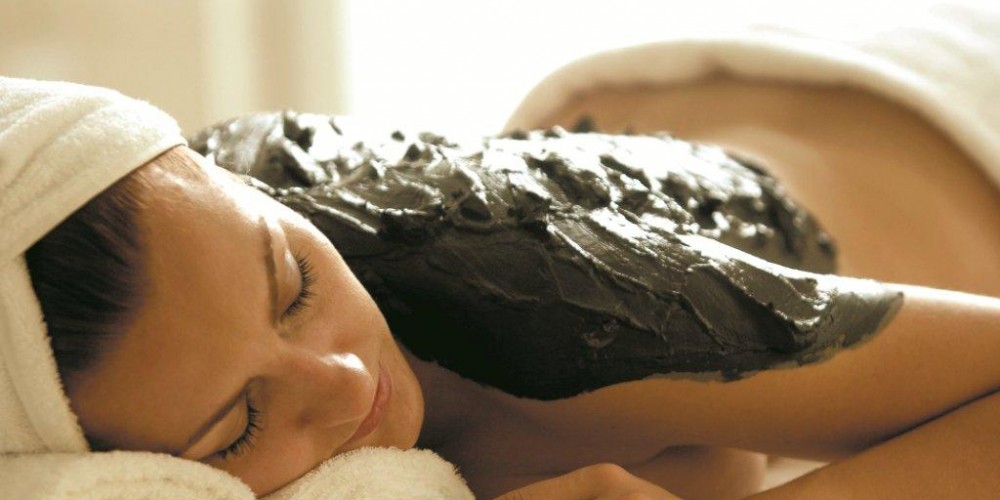 Paste development and the external application had solved a number of serious problems. At the same time, there had been launched a process of purifying the oil from aromatic hydrocarbons and resins. In the 40-s of XX century, during the purification of naphtalan oil from asphaltenes, resisn and aromatic hydrocarbons, there were received highly effective healing medications, which did not possess the side effects of non-purified naphtalan oil. As a result, there has been made a scientifically based conclusion, that the healing properties of naphtalan oil are related to the presence of polycyclic hydrocarbons with short side radicals among its components. Such serious scientific developments allowed to perfect the product’s purifying methods.

At present, resin-free naphtalan is received by the means of the vacuum distilling and hydrocracking of native naphtalan oil.

The substance is a thick, syrup-like fluid of the white color, with a specific slight odor, well mixed with oils and fats, contains polycyclic naphthenic hydrocarbons (no less than 98%), isoparaffins (2%). In their structure, polycyclic hydrocarbons, prevailing in the composition of resin-free naphtalan (98%), are similar to reproductive hormones. They provide densensitise, anti-inflammatory, pain soothing, spasmolytic, resolving, anti-itching and antibacterial properties of naphtalan.

A diverse specter of naphtalan biological activity defines the wide opportunities for its application in a clinical practice: rheumatology, neurology, surgery, stomatology and, of course, dermatology.